Sins of the Mother fall on the Daughter

Brittney just received a calling in her ward at BYU, Ward Prayer Coordinator. Only at BYU would they have that calling. She is responsible for getting people to say the opening prayer in Sacrament Meeting. Jacob said she should give them a time limit and if they go over it, they would go through the drop box in the floor. Brittney laughed, but said if she had to give a talk, she wants someone who gives long prayers so she wouldn't have to talk so long.
I think she got this calling because of my(her mother) actions when at BYU. One ward I was in, the Executive Secretary always called on Saturday to get people to give the prayers in Sacrament Meeting. Well, Steve, the Executive Secretary, just got engaged to Camille. One Saturday, I called every guys apartment in our ward and said, "This is Camille_____, I'm calling for Steve_____, and was wondering if one of the guys in your apartment would give the opening prayer tomorrow?" There were many volunteers for the prayer. On Sunday, we meet for church in the Harris Fine Arts building and had Sacrament Mtg. in one of the theaters. While waiting for church to start, about 20 guys were up on the stage all thinking they were to give the opening prayer. It was funny watching them try to figure it out. Finally they got one guy to give it.It was funny because Steve went to Camille's ward that Sunday so he didn't even get to witness all the guys willing to give the prayer.  The next Sunday, the Elder's Quorum President came and asked a guy sitting by us if he would give the prayer and made the commented that the week before they had half the ward wanting to give the opening prayer. My roommates and I just chuckled. I don't think anyone knows who did this, there was a lot of speculation, but my name was never on the radar.
I guess the sins of the mother fall on the daughter.
Posted by Marti at 12:08 PM 3 comments:

Jacob's touchdown catch. I had to pay for these pictures.
Next time I will pay more attention to the game with my own camera!
I forgot to mention that Dale had the video camera rolling, but he didn't get it either. 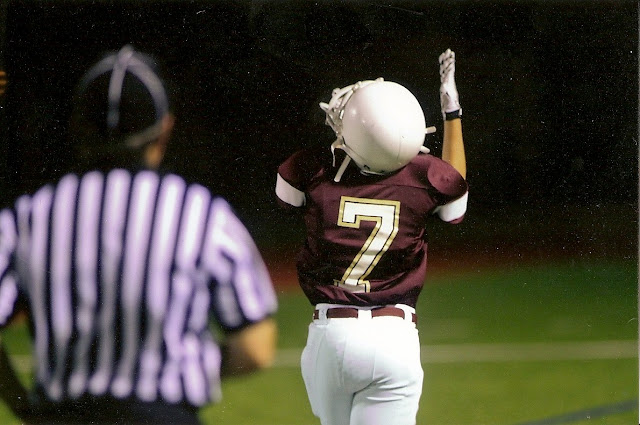 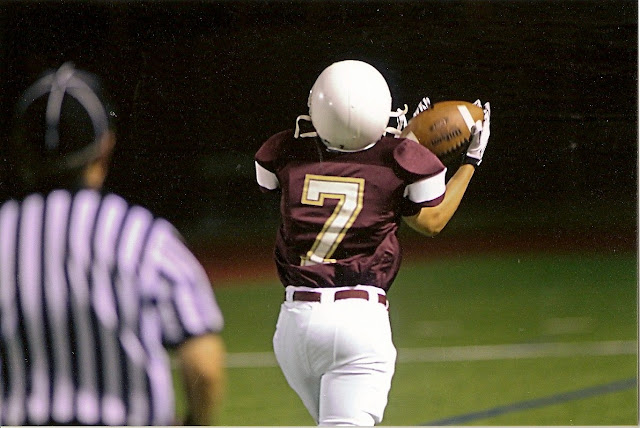 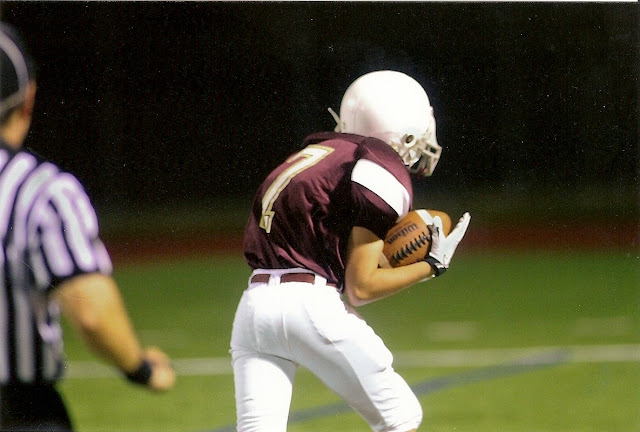 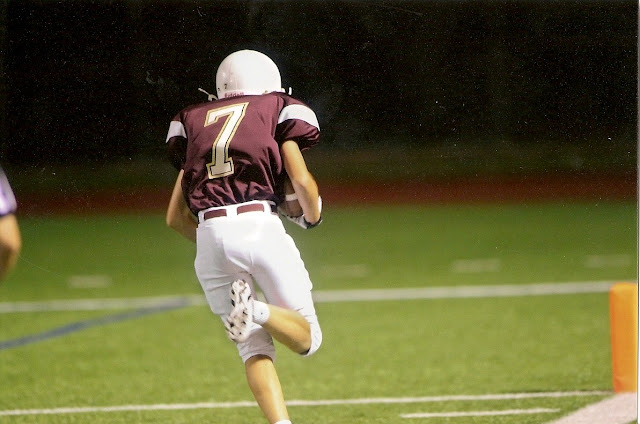 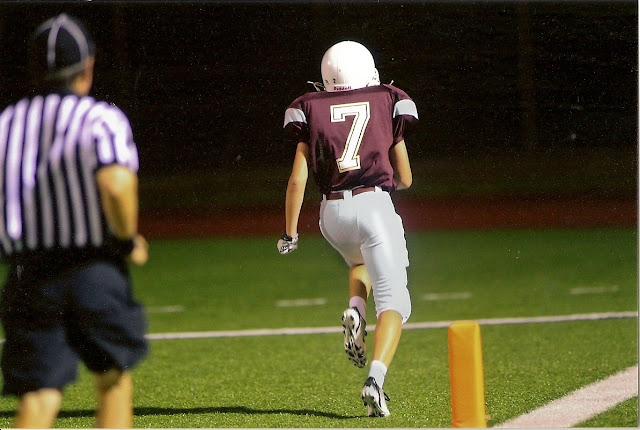 Makenzie played in a pre-season tournament with the girls from her high school  JV team. They played 6, 20 minute games. They won all of them!! 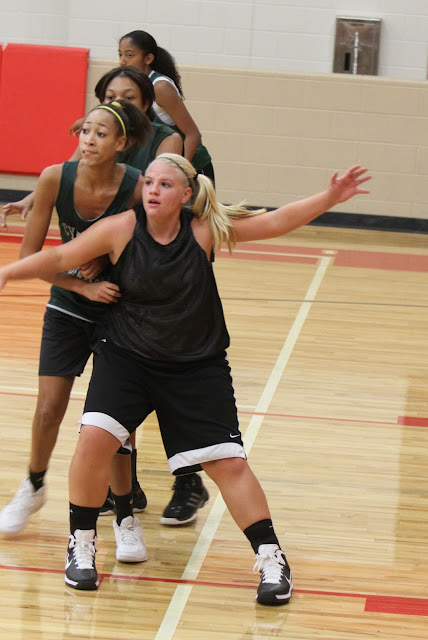 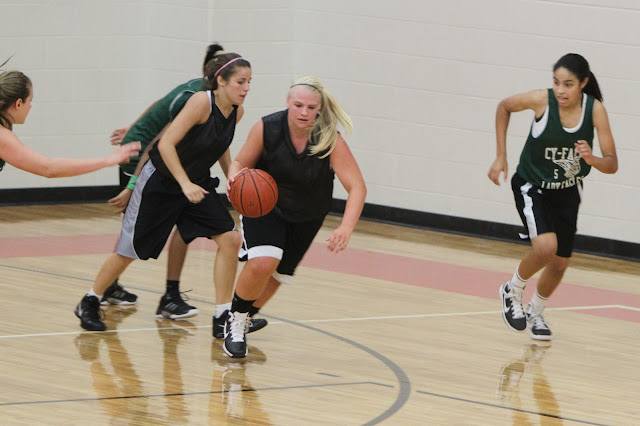 Make sure he respects Yo-az!!

Brittney recently sent me this little gem from a facebook group called overheard at byu.

To all the girls who are in a hurry to have a boyfriend or get married, a piece of Biblical advice: ” Ruth patiently waited for her mate Boaz.” While you are waiting on YOUR Boaz, don’t settle for any of his relatives; Broke-az, Po-az, Lyin-az, Cheating-az, Dumb-az, Drunk-az, Cheap-az, Lockedup-az, , Goodfornothing-az, Lazy-az, and especially his third cousin Beatinyo-az. Wait on your Boaz and make sure he respects Yo-az….

To all my married friends, which "az" did you marry??

PS. Wondering if the Mayor has already stitched this for a pillow or wall art for Scrunch's room.

Jacob had his first football game of the season. They won 16-0. Jacob is playing receiver this year instead of quarterback. He had two catches, that's all he had thrown to him. The first catch he made was for a first down. The second catch was for a touchdown. Of course I didn't get the touchdown catch because I was busy talking to the High School Varsity Coach. I did see the catch and lucky for me a real photographer was there and she got the picture. I just need to get it from her. When I dropped Jacob off at the Jr High it was 103 degrees. Luckily it cooled off by time he played!!  Jacob is #7. 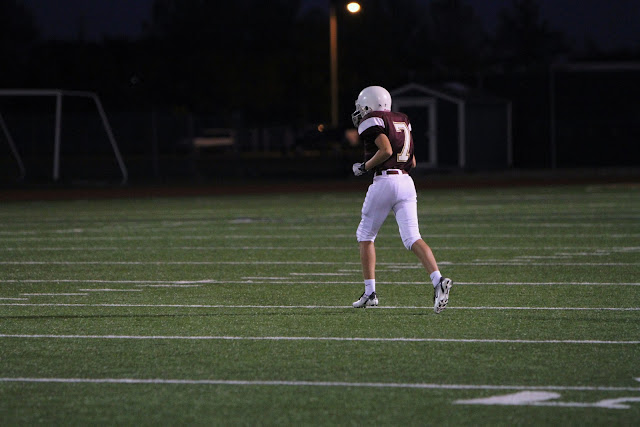 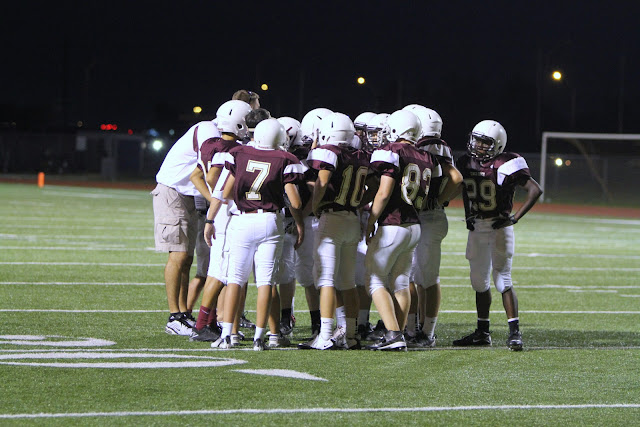 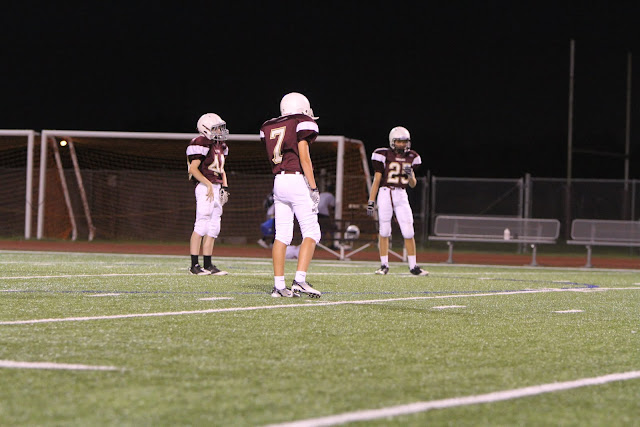 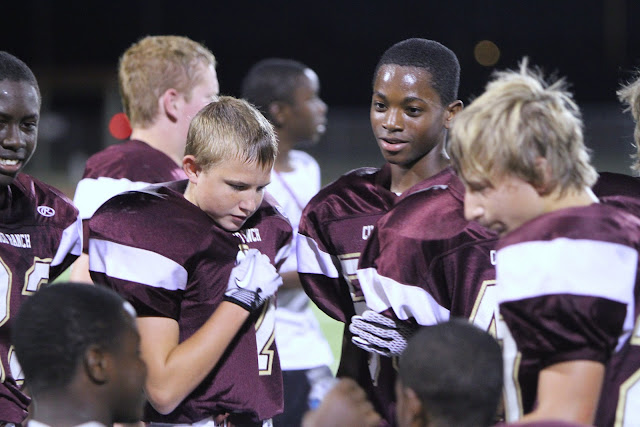 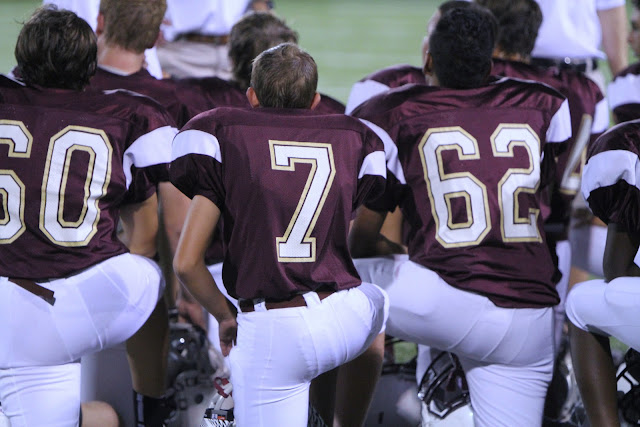 Too Close to Home

There have been many fires around us, but this one yesterday was pretty darn close.
It is even closer to Dale's office than our house.
It is George Bush Park that is on fire and it's not far from our house.
It's still burning some today, but it is contained and I don't think anyone had to evacuate.

BYU vs Texas....The football Matthew always wanted. It came and he was on his mission:(
We have always cheered for Texas, but when it came to the match up against BYU, my blood is blue.
Unfortunately BYU lost 16-17. We had fun meeting up with family there.
We saw Dave and Tyson at the restaurant before the game. We also meet up with Erica and Derrick before the game and then their seats were just a few rows behind us.
I even got Dale to wear a BYU shirt!
He usually wears his School of Mines shirt, it's the same colors as BYU, but he didn't, but maybe he should have, they seem to win when he wears it. 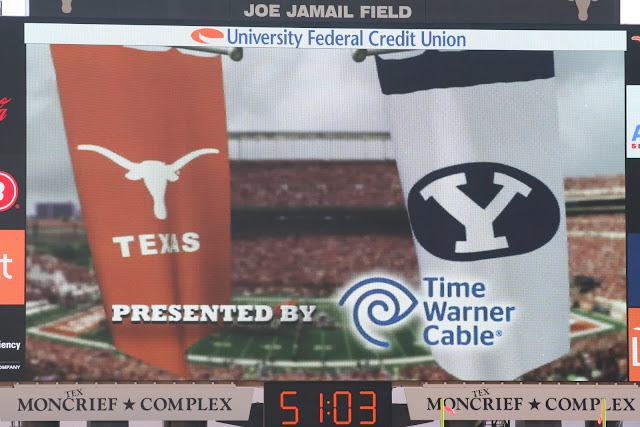 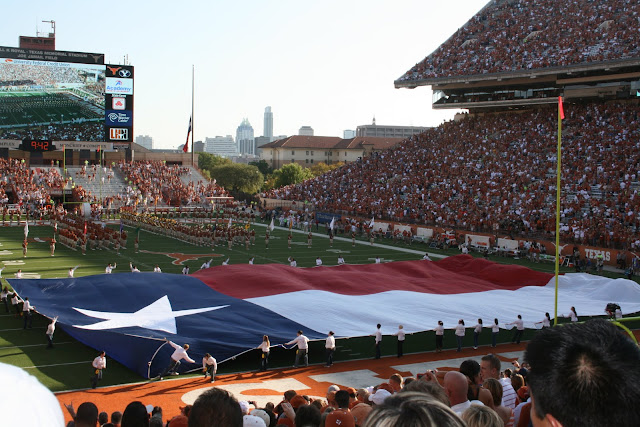 I just got home from taking Matthew, Brittney and Makenzie to school. I was going to go to the gym to workout, but ran home first to put another load of laundry in. The TV was on and they were reporting about a plane hitting the World Trade Tower. As I watched the news I saw the second plane come in and hit the other tower. At this point I knew this was no accident and that we(our country) were under attack. I was scared and the worst part was Dale was in Syria, yes the one in the Middle East. I started getting phone calls from family members wondering if Dale knew. I tried calling him, but it's not like I could call him on a cell phone, he was in the middle of the desert. I had to call an operator , but the number I had for his room was wrong, well it was right they just added a 1 in front of it. My attempt to reach him failed, although I had a huge phone bill for the multiple times I tried to call. Dale finally called me and he had seen what happened and knew his family would be worried. He was safe, but I sure wish he had been home! The next few days I have never felt so lonely in my life. I had the kids, but I couldn't express to to them how I was feeling and I surely didn't want to worry them, especially with their Father in the Middle East. I would put a brave face on during the day and cry at night. A few days after the attacks, I got a phone call at about 10pm. It was Mrs. Daniel, Matthew's teacher from the 4th grade( Matthew was in 5th, but he played soccer with Mrs. Daniel's son). She asked how the kids were and how I was. She said she thought I might like someone to talk to since Dale was gone. I cried for a few minutes and thanked her for being so thoughtful. I really needed that! I will always remember Mrs. Daniel and her act of kindness. My next concern would be if  flights in the US would resume by time Dale was to come home. Yes, it was! I was always so happy to see him after he was gone for a month, but I can't tell you how happy I was when he got home this time and I was even happier because it was his last trip over there! Life is so much better when Dale is here in it!
Yes I do remember and I can't forget those feelings from that day and the days after.
Posted by Marti at 10:31 AM No comments:

Jacob has started Jr High Football.
They had their first scrimmage yesterday. Jacob has moved from QB to Receiver this year.
Jacob's team had the maroon jerseys on. 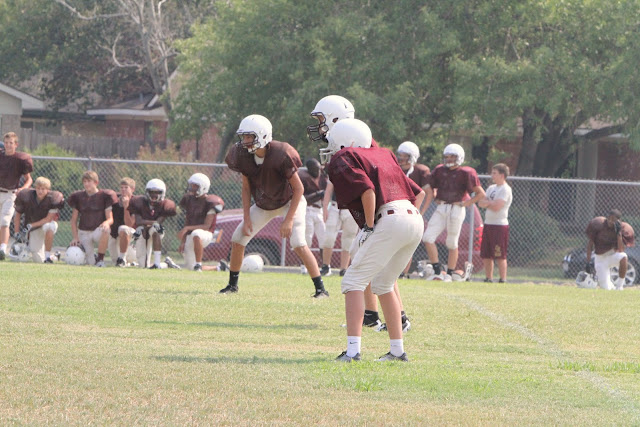 If you haven't heard, the State of Texas is on fire. We have had a really hot and dry spring and summer. When I was driving Brittney to school, the panhandle of Texas was greener than Houston. We have been fortunate that the closest fires are 25 miles away in 3 different directions. There have been over 600 homes lost to these devastating fires. It's really sad. Even though there are no fires super close, we are still getting the ash and the smoke from them, but at least I have a home to go inside to. The smoke did give us a pretty sunset yesterday night, but that's the only good thing it has done. 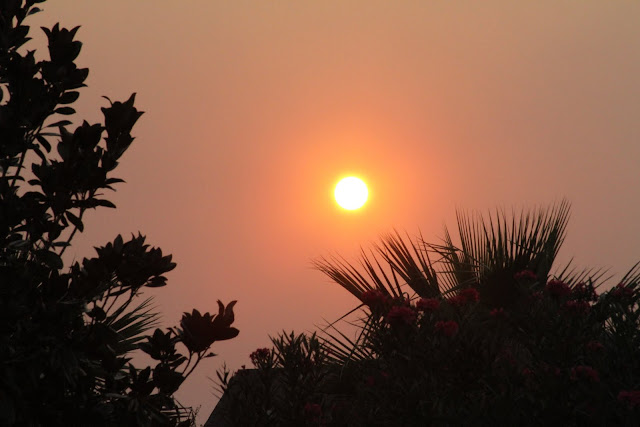 Having A Ball With The Smith's

Where there is never a dull moment,on or off the field/court! 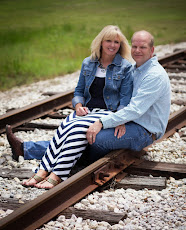 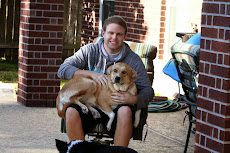 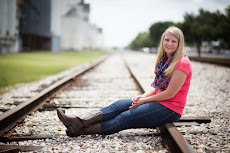 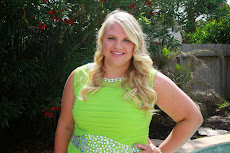 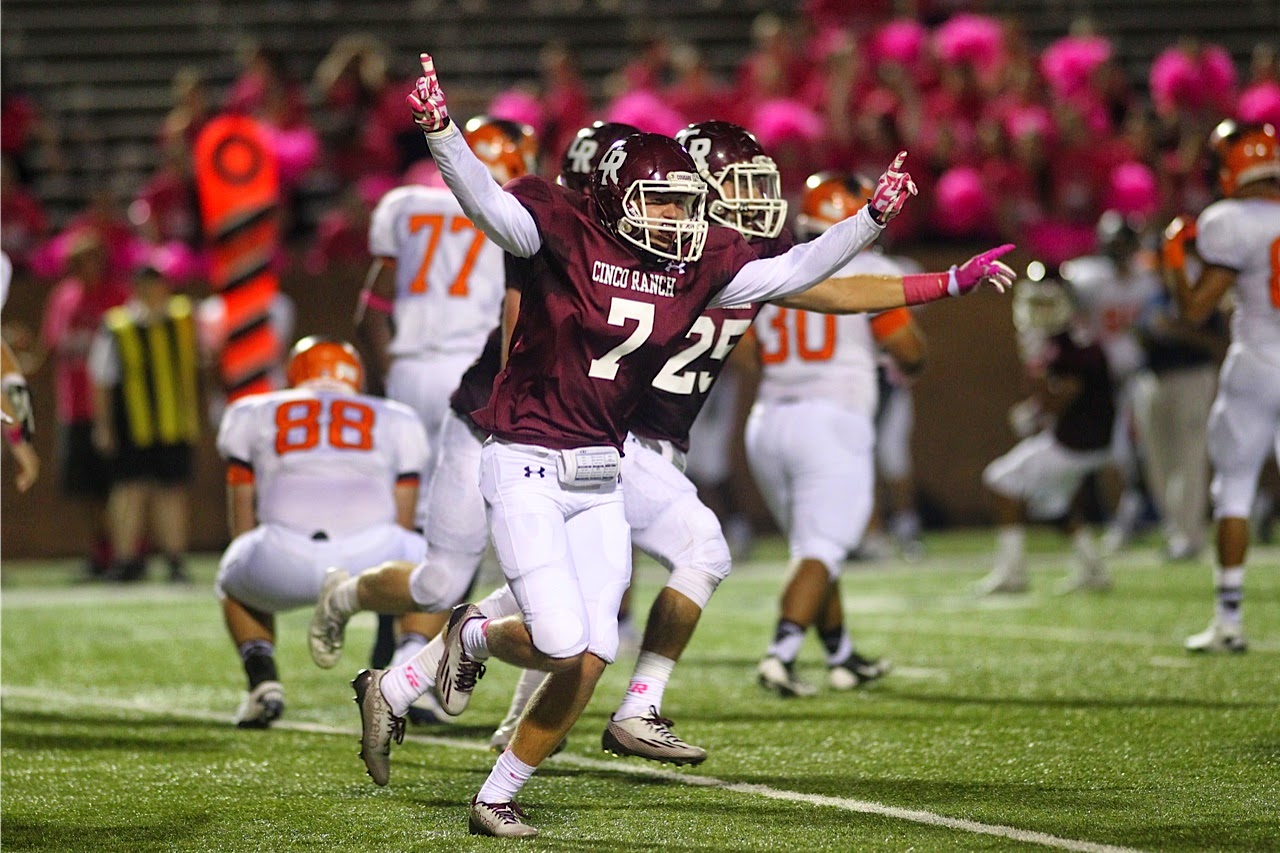